A downloadable rad game for rad peeps for Windows

The first video game I ever developed!

Made with a team back in 2013 when I was in junior high school for the Washington Technology Student Association  (TSA, not the airport one) Team Game Design Competition. We won 2nd place in-state, which honestly was amazing since the development for that competition was a total disaster I won't get into here. In the end, this game, the one we submitted, was made in only 2 weeks, whereas the other submitters spent a semester or a year on their projects, so we were pretty happy.

I made many card games, board games, video game mods, card game additions, and played around a bit with video game engines prior to this game, but this is my first shipped video game, truly.

Arrow Keys control all movements. Left/Right Arrows Keys to run/climb sideways on chains and Up Arrow Key to jump. Up/Down Arrow Keys can be used to climb up/down on chains. Hold Up to cling to the ceiling, and use Left/Right to shimmy across the ceiling while holding onto it.

The most important action in this game is the wall jump, which can be kinda tricky to perform. When you run and jump at a wall and hit its side, instantly switch to holding the opposite direction and press jump at the same time. This will let you jump to the opposite side of the wall, where you will have to quickly repeat the pattern. You have a very short time-frame to achieve this. As soon as you make solid contact with the wall, you'll want to hold the opposite direction and jump. This can take a bit of practice to get into the flow of it.

The TSA competition encouraged the submitted games to be "educational" since it was a school competition. I had drafted a story where the player was the son of a chemist, who was going insane from mercury poisoning, and you were chasing him down in the abandoned facility of an industrial chemical company he used to work at, trying to stop him from hurting himself. The name initials of all the characters composed various chemical compounds, and the story was going to feature of a lot of real chemistry information tied into the setting. There were going to be voice-recordings of your father you'd find along the way, there was going to be much more art to reinforce the setting and narrative, and some other mechanics to reinforce these ideas, but of course due to time-constraints all of this was cut. There are virtually no remnants of this story in this final product shipped for the competition, other than the green acid and basic level structure. 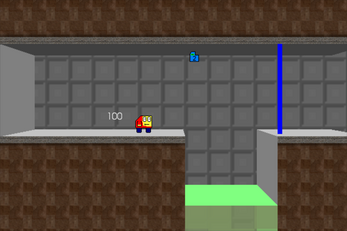 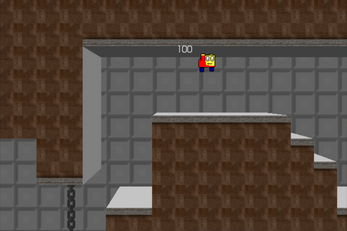 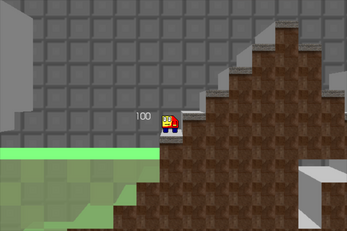 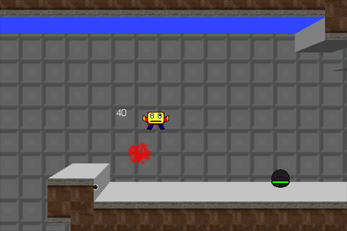 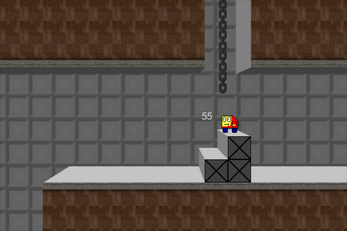 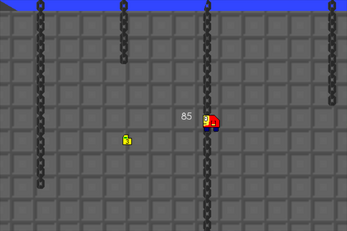 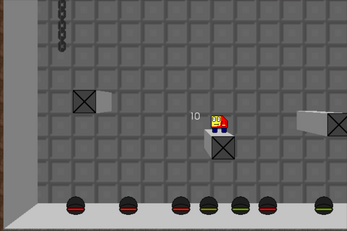