Hat on a Hat is a puzzle-platformer game made in under 3 hours for TriJam #49!

All assets and code were poorly made in 3 hours from 2pm to 5pm PST 12/15/2019. Other features were intended, such as game mechanics involving the player clicking with the mouse to control platforms (hence why the eyeballs follow the mouse), enemies, coins, keys, moving platforms, etc. but those were cut for time! The game is fully playable with 10 levels!

"Death Is Not The End"

A rather basic platformer with a fun gimmick. The idea of having a character die-and-repeat is not super new (Reminds me of the game "Life Goes On" and "The Swapper" (to a lesser extent)), but it always fun to see what can be done with it.

Its a 3hour game (I think I got it right this time) so there is only so much time to explore the design-space, you got the basics of it all down but would have been great to see the design more explored. For one, in this game I feel the "go-around-the-edge" part of the design is rather unnecessary, as it has very little impact on the "die-and-repeat" mechanic. There is even one level that does not even use the death mechanic because of it.

I like the ideas you described that could have been added (the eye thing really fits the character design!), but feel even smaller things like: a limited death allowed, limit the amount of corpses at one time, or have them simply dissipate after a while, Just simple things that take the entire "I leave my old body here" into focus and something I need to balance. At the moment it just becomes a mechanic that forces me to replay the same level several times without much timing or skill needed.

Just a side note, love the hat and its animation! Would have loved to see more with it as the focus. maybe after your death the hat stays where you died, and you will die permanently if you don't have the hat on you, forcing you to first collect the hat before dying again.

Overall, I feel just a platformer in 3hours is nuts. So great work :)

I had a lot of fun with this one.  I only had to restart a level once.  I like the way you introduce mechanics level by level.  The lagging hat and particle effect were a nice touch to give a box character a lot of personality.
The level where the box starts off falling was really made me laugh.

Love being able to leap off the corpses of my previous failures! Really, it's a great, simple mechanic. I did get trapped by my own hat, though.

Thank you! It came out rather simple and basic in just the three hours, I would have really liked to make it more complex with some additional puzzle elements, but them's the brakes.

And yeah, there are a lot of ways to get stuck/trapped in this game by nature of leaving your corpses behind. The R to restart is very necessary. Ideally I'd like the game to automatically recognize when you've trapped yourself and restart automatically (with a message first) but that was certainly not feasible in the three hours so manual player restart had to do.

Thank you for playing! ~ 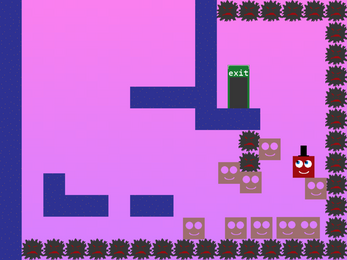 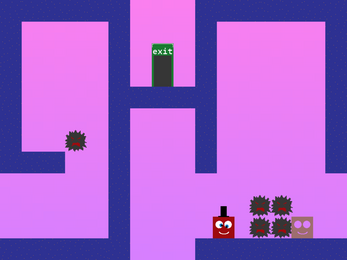 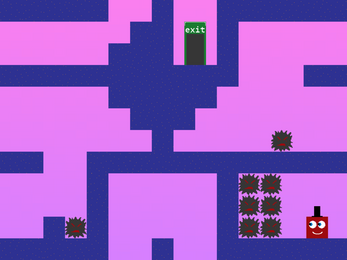 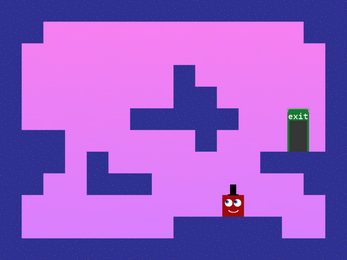 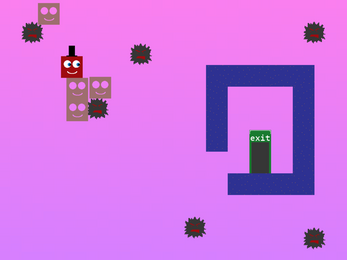 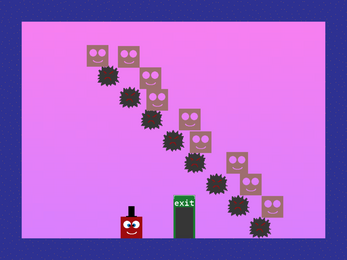 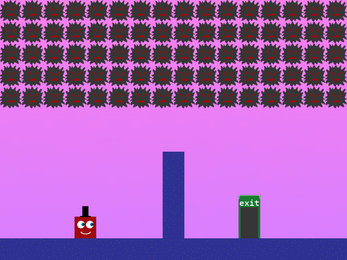 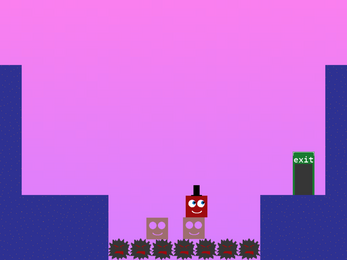